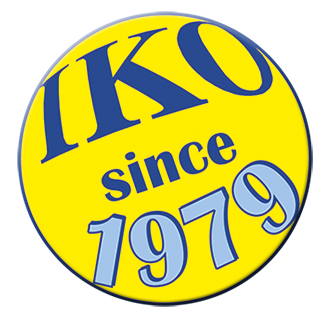 Over 40 years of IKO-Import GmbH

Take a look at our history together with us and get to know us and our company better:

The company was founded in January 1979 by Klaus Otte as IKO - Teeversand. At that time, he was studying alternative medicine and started a spice and tea trade with market stalls "on the side". However, since the fragrances of tea and spices were difficult to reconcile, the spice department was soon sold. The tea business was expanded with accessories such as tea sets, cups, filter bags etc.

From now on the assortment grew steadily, candles made of 100% beeswax were produced, hand-rolled, up to 3 tons per year. This was the beginning of the wholesale trade in 1982 with participation in all florist markets in Germany at that time. A market trader friend, who was himself a cactus trader, gave Klaus Otte the idea of selling the candles to florists on the markets. 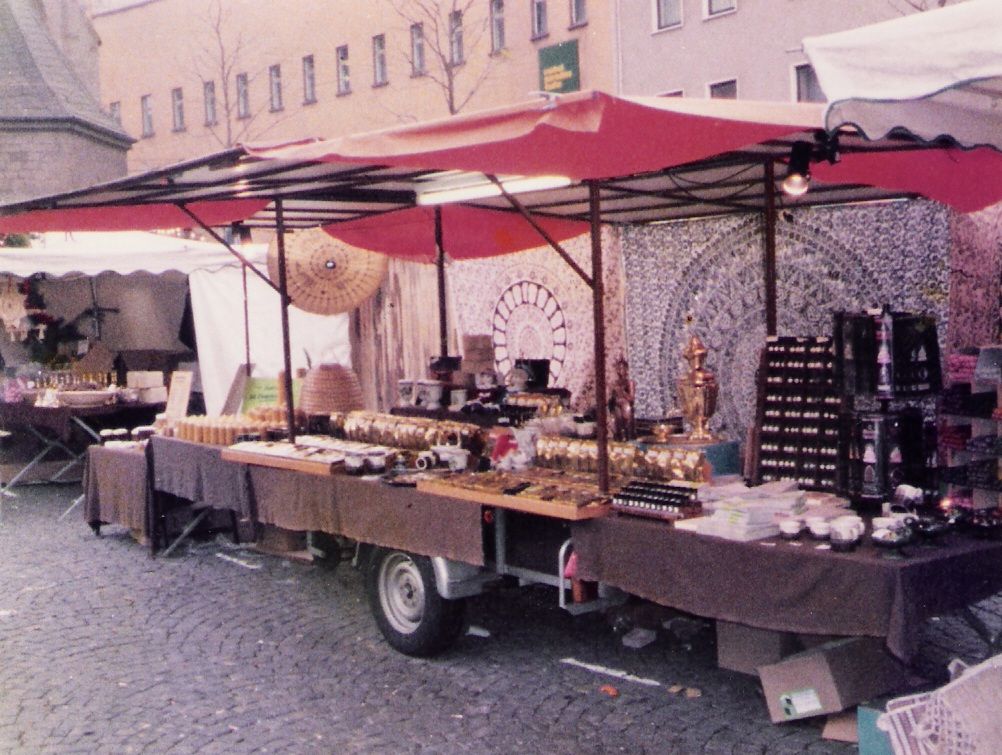 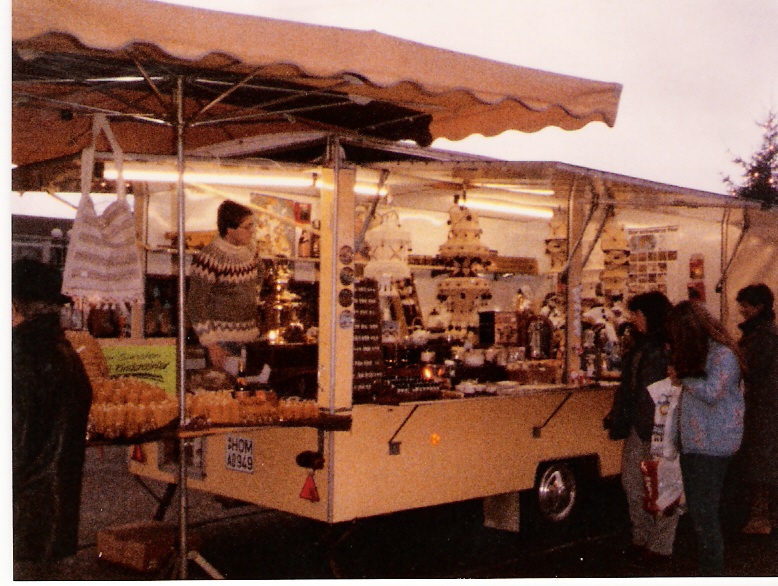 Stand at the trade fair Mustermarkt in Munich 1991 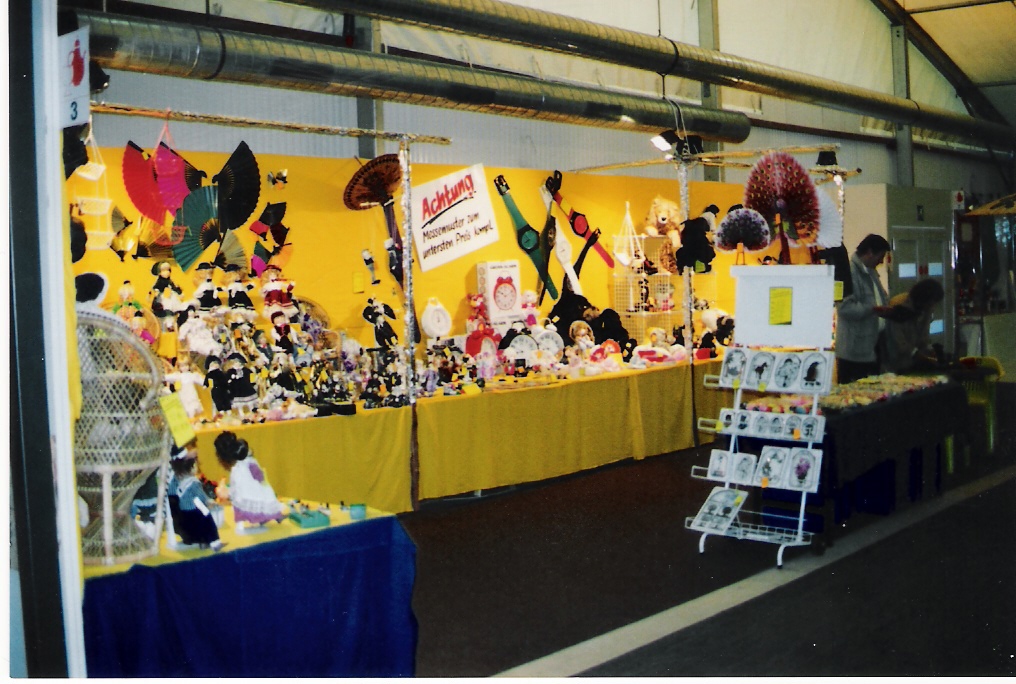 The first porcelain dolls were initially tested on the market and then also offered for wholesale. With great success, as these were drastically cheaper at IKO than at competitors. The first purchasing trip to Thailand and Taiwan followed. Taiwan was producing cheap porcelain dolls at that time and so the first own production was started through equity capital in Thailand. Soon afterwards the first catalogue was printed, comprising only a few pages. Fair participations at the IPM in Essen as an order fair soon followed and in the same year in Stuttgart and Munich at the shopping days.

The company IKO was refused by the Frankfurt fair for over 10 years, was on a waiting list for the Nuremberg toy fair for 3 years and finally got a small stand.

Construction of the first warehouse

In 1987 the first permanent employee was hired, after the birth of daughter Melanie. The first warehouse of 1200 m² was built, which at that time still seemed incredibly huge. Over the course of time, IKO built up a doll production in South China, which was moved to Ningbo 4 years later. In the following years, 3 further halls were added and an external warehouse was purchased. Together this resulted in a storage capacity of approx. 17,000 m². It was now possible to unload 10 containers in one day without any problems, the previous maximum throughput in one year had been 800 containers. 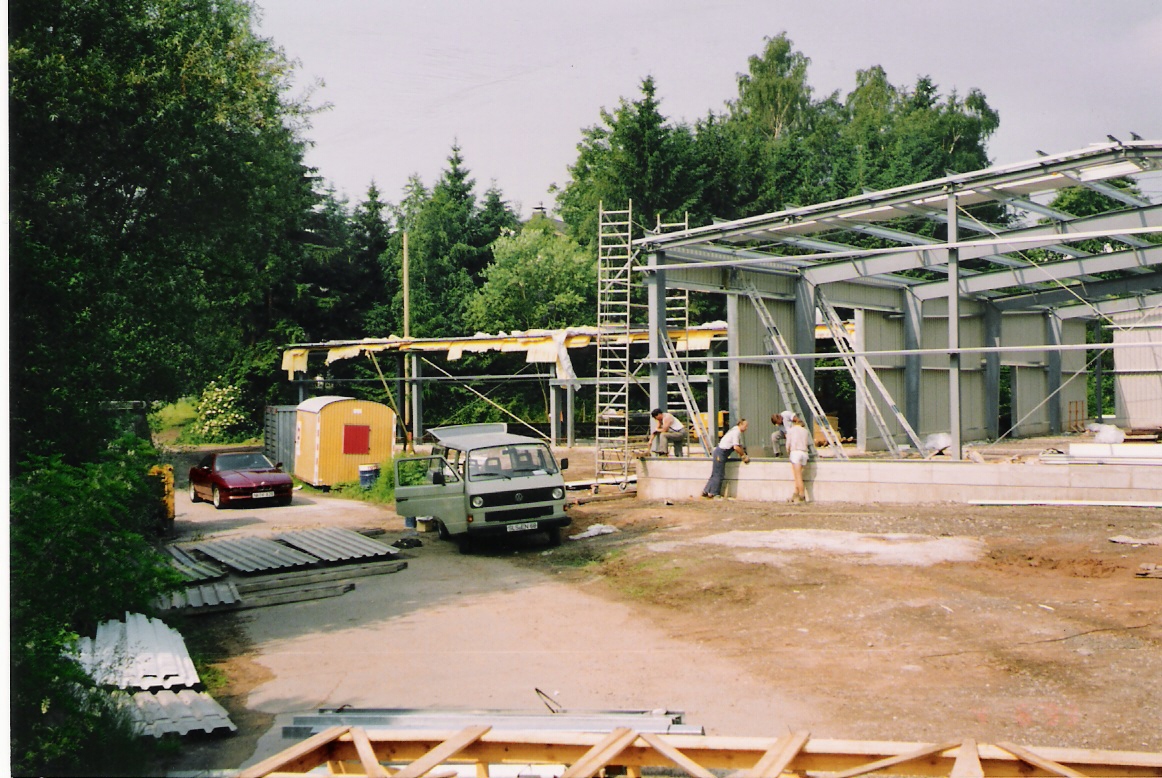 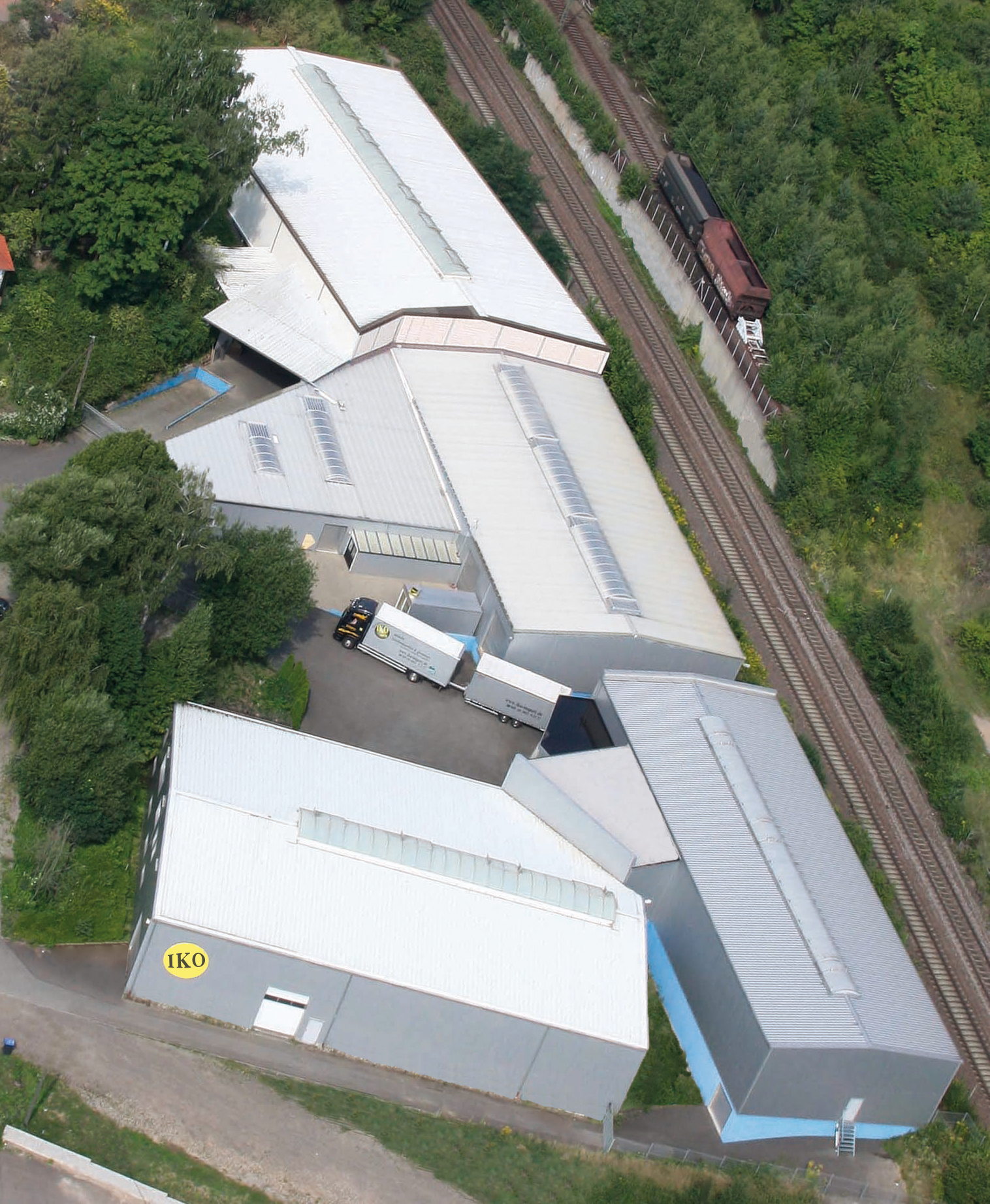 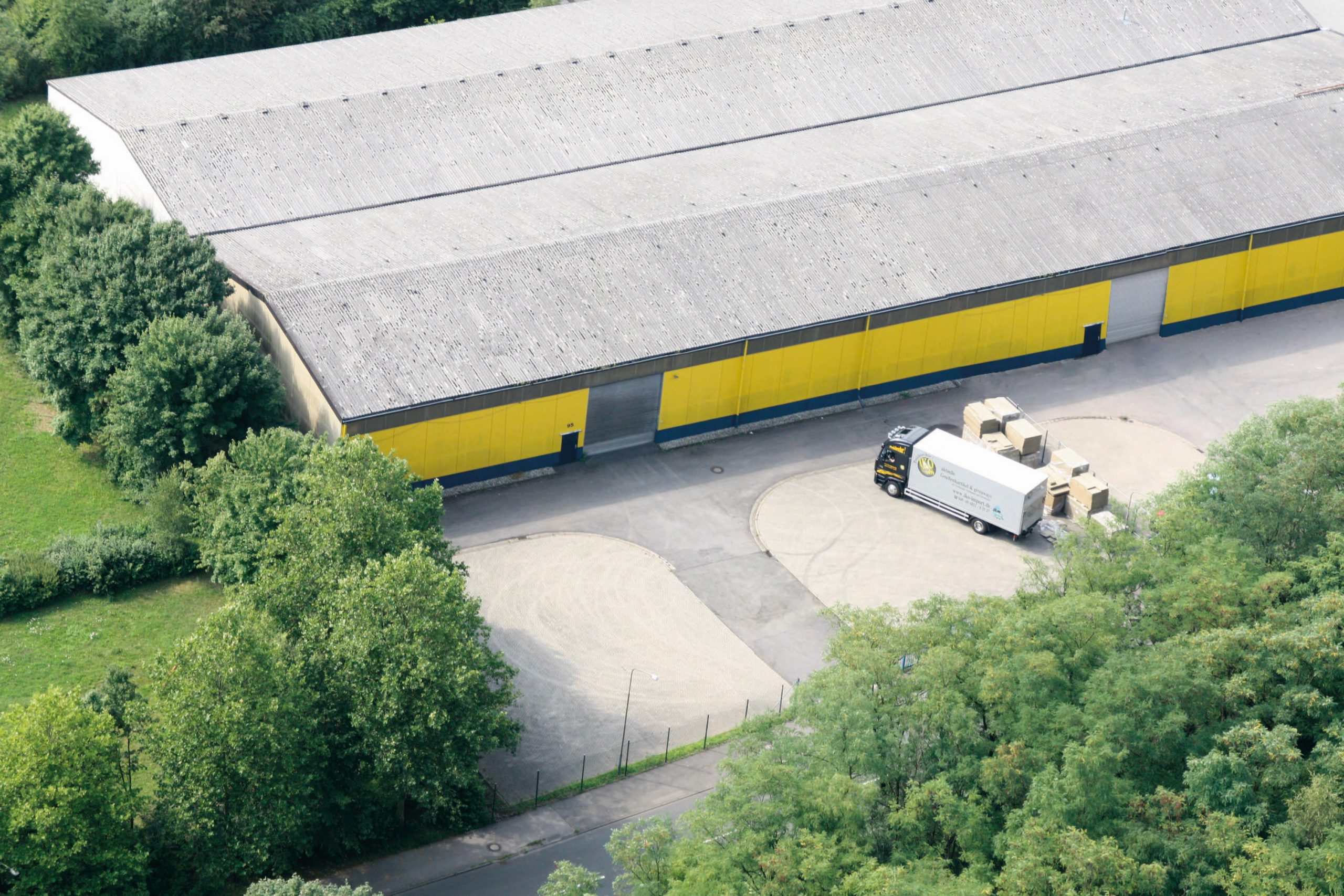 Stand at the trade fair Mustermarkt in Munich 2004 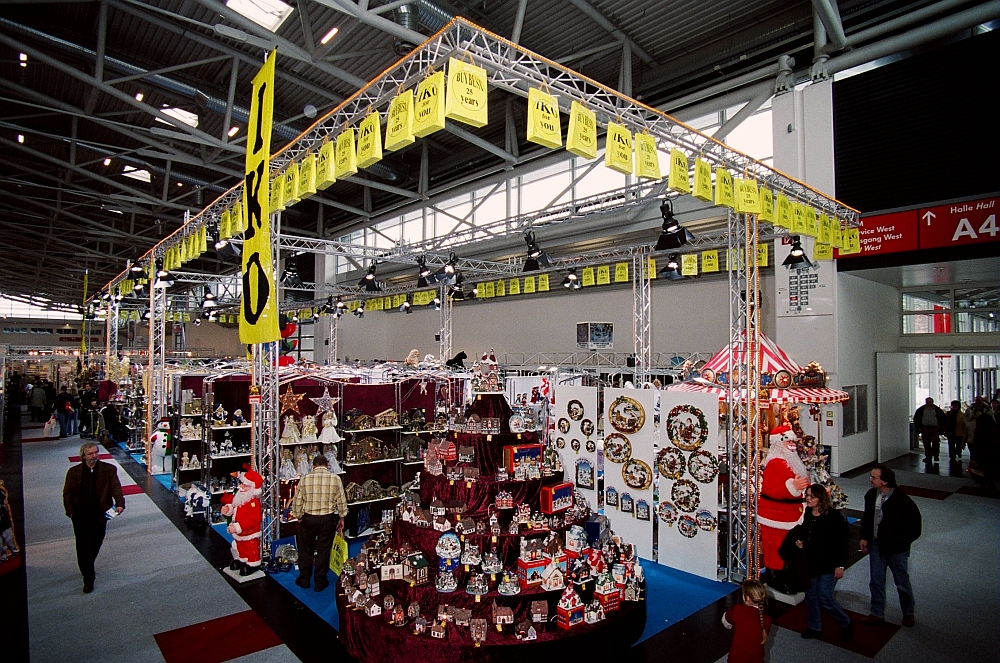 Meanwhile the assortment includes all kinds of gift and decoration articles. The showroom has been extended 3 times and now has over 400 m² of exhibition space directly at the office. The current foreman at the warehouse has been with us for almost 25 years. Daughter Melanie joined the purchase trip to China for the first time at the age of 6 years, then 2 times a year. She is considered in China as "Youngest Buyer with longest experience" and since August 2003 she has been a full-time member of the management of IKO, with the aim of continuing this in a seamless generational change. 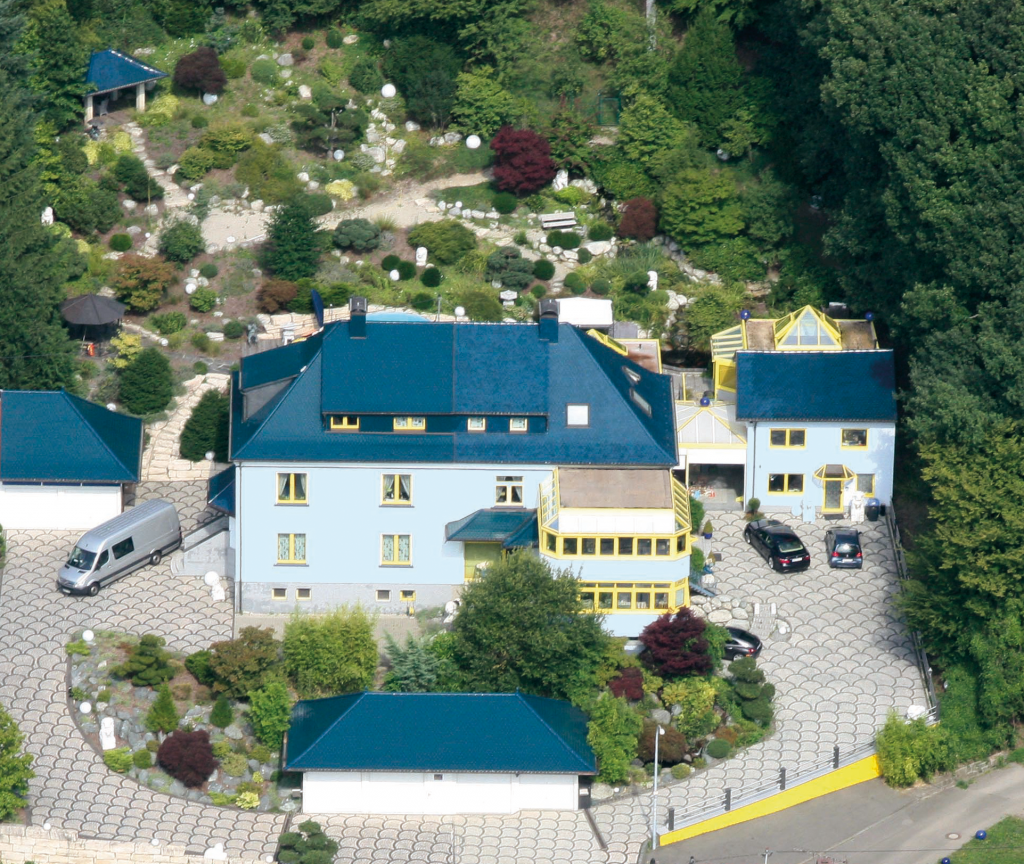 The comprehensive history of the IKO company was published in 2009, on the occasion of its 30th anniversary, in a very personal company biography written by Klaus Otte. We would be pleased to send you this as a book or offer you the story here as a download. 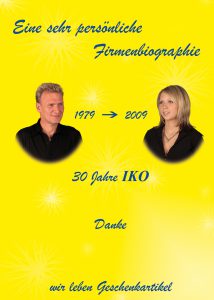 Menu
The menu is being loaded...
We use cookies to optimize the functionality and content of the website and to provide you with the best possible service. All information about cookies can be found in our privacy policy. If you consent to the use of cookies, you may revoke this consent here at any time with effect for the future.